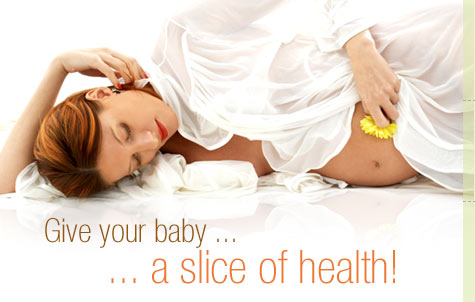 Find out how to eat more healthily. Nutrition tables for our products?

Discover the savory dishes you can make with our products?

Do you want to put your skills to the test by working with us?

Recently, nutritional studies have pointed out that many pathological states are caused by the composition of the diet and derive from deficiencies, excesses, or imbalances among the various nutrients in the diet. Thus, a balanced consumption of foods contributes decisively to maintaining a healthy state and preventing numerous diseases.

The classification of foods as “good” and “bad”, which has been proposed and imposed by the mass media, is the concrete expression of imprecise and ambiguous information. Foods like fresh and cured meats have paid a disproportionate toll because of these dietary “suggestions”.

THE FATS IN PORK DELI MEATS
Hypercholesterolemia, which can contribute to arteriosclerosis and heart attacks, is linked to genetic factors as well as an excess of fat in the diet. However, hypercholesterolemia is caused, not by fats in general but, by saturated fatty acids, particularly myristic, lauric, and palmitic acids. These fats are contained in many of the so-called “vegetable fats” found in so many products. While these products give consumers the reassuring impression of being healthy and natural foods, they are much more dangerous than the much reviled fats found in meats. Oleic and stearic acids, which are found in pork deli meats, have been recognized as very useful in lowering cholesterolemia levels (N. Engl. J. Med. 1988; 318: 1244-8).

In a balanced diet recommended by specialists there are always minimum and maximum quantities for any nutrient. Like proteins and carbohydrates, fats are fundamental nutrients for human life.

Thus, there is no scientific basis justifying the current “phobia” of the fat in pork deli meats in general and particularly of the external fat covering cooked and cured hams. Continuous consumer demand for “lean” hams not only deprives the product of flavor, but also shifts consumption to products of inferior quality and less nutritional value.

Dr. Perugini Billi’s opinion on the use of fats in a balanced diet… read the article (in Italian)


AMINO ACIDS, VITAMINS, AND MINERALS IN PORK DELI MEATS
The essential amino acids in pork deli meats are found in a completely satisfactory quantity and ratio. The chemical index recommended by the FAO (Food and Agriculture Organization of the United Nations) and the WHO (World Health Organization) indicates an optimal level of amino acids with a value of 100. In pork deli meats the score ranges from 57 to 100, according to the specific type, with the average being 88. Cooked ham is one of the products with the highest values.

As for vitamin content, substantial levels of the B vitamins Riboflavin and Thiamin have been observed in pork deli meat, varying according to the specific type. Pork deli meat is a good source of not only high quality proteins but also dietary minerals, including iron, highly available zinc, sodium, potassium, calcium, and magnesium. As for the level of sodium chloride (salt), the average is approximately 5.22% in cured products, while it is 2.72% in cooked products. Cooked ham is the product with the lowest level at 2.3%.

Our original method of production, which we call... continue

Nowadays almost any flavor can be reproduced chemically... continue

All our products are made exclusively with fresh pork legs... continue

Cooked ham can be made using fresh whole legs or pieces of legs... continue

In order to make our cooked hams, we don?t use nitrates... continue

All our cooked hams are completely hypoallergenic... continue